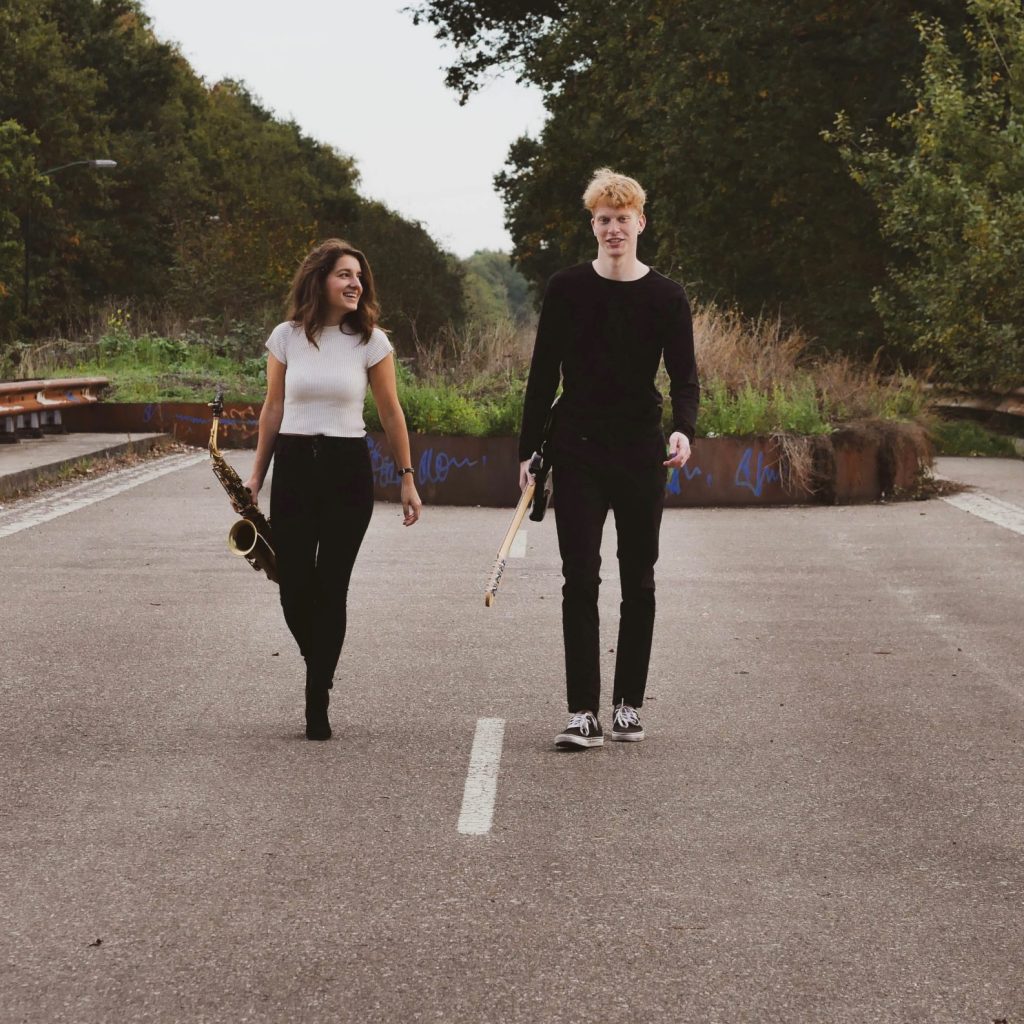 “INTEGRA” comes from Integration; it is the combination of two different Instruments and integrating them in order to create an unusual landscape.

Two young musicians with different origins and musical backgrounds, coming together to create one sound.Their passion for contemporary music brought them together at the Academy of Music and Performing Art in Tilburg.

INTEGRA explores and challenges the limits of different music styles to create a new world of sounds.The duo already cooperated with well-known Dutch musicians and composers including Aart Strootmans and Anthony Fiumara.

The name from the quartet derives from the German word “sags”, which means “say it”. It is a symbol of their mission, to communicate with the audience through music.

The saxophone quartet “SAGS” is made up of the four young South Tyroleans Sonja Wallnöfer, Greta Franzelin, Sonja Oberkofler and Alex Designori.
Their repertoire includes original works as well as arrangements in the field of classical and contemporary music, which reflect the various tonal facets of the saxophone. 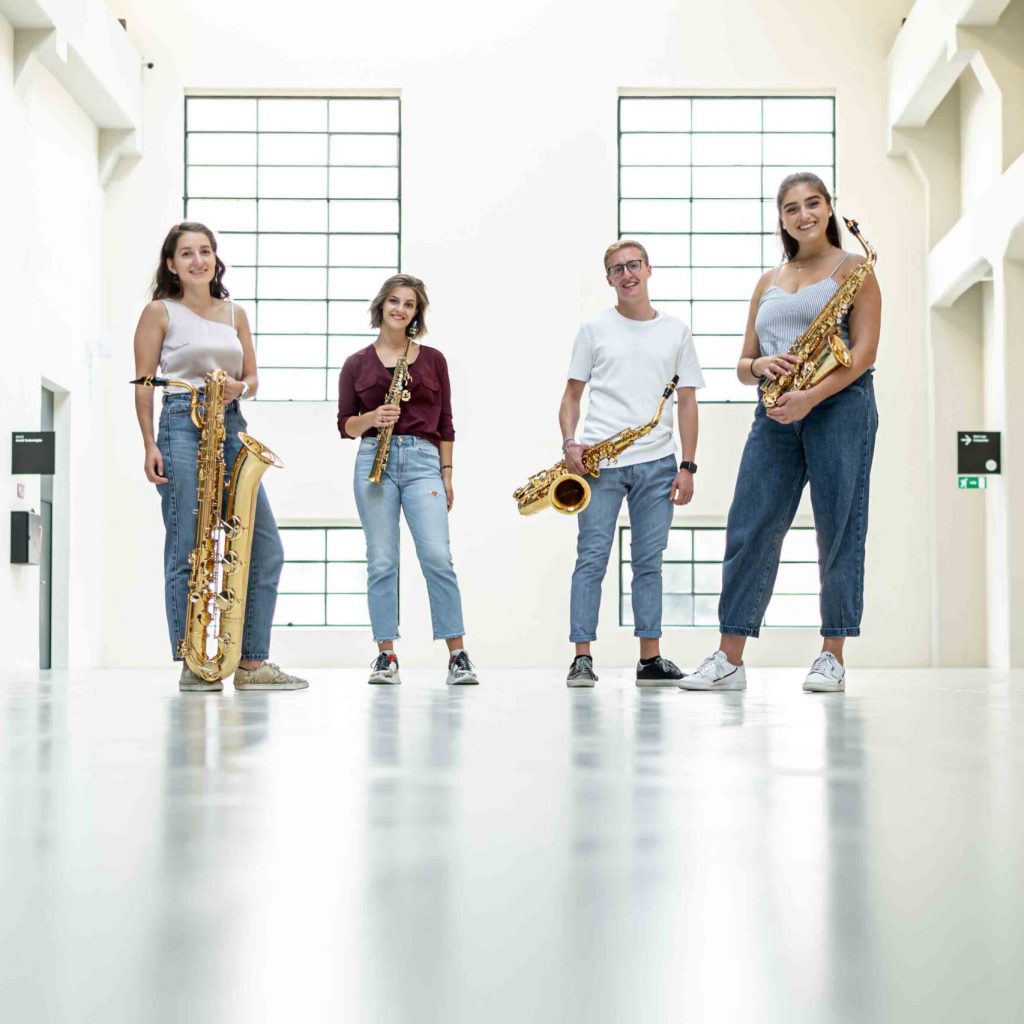 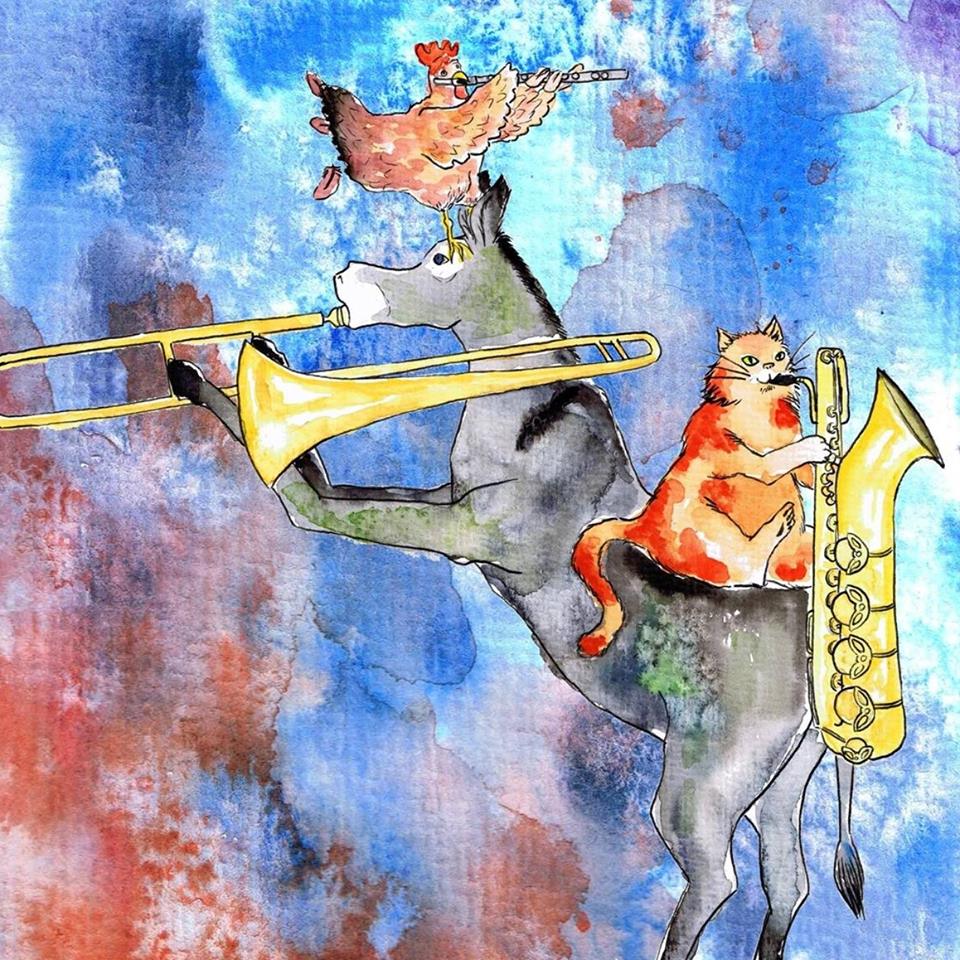 The town musicians of bremen

The town musicians of Bremen is a german popular fairy tale by the Brothers Grimm. It tells the story of aging domestic animals, who are tired after a lifetime of hard work, mistreated by their masters and decide to run away from home.
On their path they meet each other and walk together to the city of Bremen to become town musicians. During their way the animals experience some exciting adventures.

Beppie Schalken (trombone), who was the initiator to make a dutch music theater of this fairytale, called Sonja and Femke Vrencken (flute) on board to work along with her. The Town Musicians of Bremen (in dutch “De Bremer Stadsmuzikanten) was made voor young children to get in touch with classical music and get to know the different instruments (flute, saxophone, trombone).